A day at La Granja: My first field trip

Today I got to accompany my classes on their first field trip of the year so I figured I would write about it now while the day is still fresh in my mind. Last week one of the other teachers told me that first and second grades were taking a trip to “La Granja” (Spanish for “the farm”) next Monday and that I was welcome to tag along. Normally I don’t work on Mondays, but I love spending time with all my kids so I decided to give it a shot! I’ve included a couple photos at the bottom; however, here in Spain they’re really strict about posting any photos with children or school-related material on any social media so I’ve left any photos with the kids (which sucks because they’re ADORABLE).

All I was told beforehand is that we were going to the farm, where the kids got to do lots of different activities, and the teachers got to spend most of the day in the teacher’s lounge eating and drinking and relaxing. I wasn’t sure what to expect; anyone back home from the midwest knows what we typically think of as a farm, so I was quite surprised when we finally arrived. The farm was 20-30 minutes away from my school and was smack dab in the middle of a small suburb outside of Madrid. Although it’s called the farm, it’s really more of an interactive learning experience. I like to call it an outdoors, hands-on science museum, in my own words. The main point of the farm is children’s education, not agriculture. It was a bunch of workshops that ranged from learning about ecosystems, seeing a bunch of reptiles and insects in tanks, doing photography and chemistry experiments, and even a pony ride. There was also some more traditional farm animals and plants that you would expect as well.

When we first arrived the kids split into their groups and the teachers all headed into our teacher’s lounge. Our lounge was named the “Galicia lounge” and was decorated per it’s namesake; Galicia is a province on the Northern coast of Spain that’s characterized by it’s green, hilly landscape, temperate and rainy climate, and reliance on fishing and animal husbandry throughout the ages. We spent a while inside the hut sitting around chatting before we went on a short tour of some of the workshops with one of the employees.

After returning from the tour we had coffee and a delicious white cake of some sort. Once we finished our morning snack, teachers started splitting up and sought out their own classes and checked in on them. At this point I began to wander around, finding groups of my favorite students, where I would watch their activities (and inevitably take a bunch of selfies and photos with them!) Groups of kids started having their lunch before too long, so I wandered in and out of the dining halls saying hi to all my kids as well. I also spent a while with one of my favorite classes at the pony-riding session, taking pictures and cheering them all on as they took laps around on the pony.

At some point I went on another smaller tour with one of my teachers, Dani (short for Daniel). Dani’s wife actually works at the farm so he’s familiar with the site and all the workers, so he took me around and showed me all the animals and some cool behind-the-scenes things. I got to hold and feed some parrots at one point, and pet some exotic animals!

After a while the teachers all returned to our lounge for our lunch. We got served a full 3-course meal of traditional Spanish appetizers (tortilla patata, some vegetable-hamburger things, and some breaded meat balls), a main course of a salad and chicken, and an apple dessert on a cookie crust with coffee to finish off the meal! The food and service was absolutely phenomenal.

Once we finished lunch it was almost time to leave, so we took a few minutes walking around seeing the last bit of the workshops and activities before rounding up all the kids and getting back on to the buses to school. All in all, it was definitely a cool experience, if for no other reason than the great food and spending an entire day with my adorable Spanish kids! 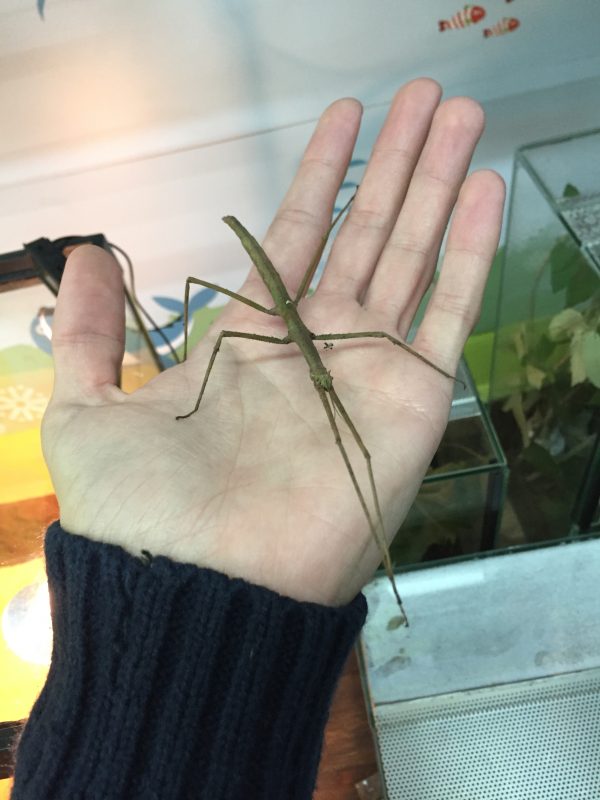 One thought on “A day at La Granja: My first field trip”