Welcome to my second part of my trip to Israel! Last week my parents were visiting me here in Spain (yet another article I need to get to!) so I’ve been super busy and haven’t had any time to sit down and write until today. Sorry to keep you waiting! Let’s jump right in where we left off last time…

In case you missed part 1, you can see it here.

Our mission for the day was to head to the area around the Dead Sea for a couple different activities. The first thing on the list: a sunrise hike to the top of Masada. Masada is an ancient fortress built on a plateau on the mountains overlooking the Dead Sea. It’s one of the most popular tourist attractions in Israel, and a very popular thing is to hike to the top early in the morning to watch the sunrise. We had to wake up at 3.30 to get in the car and head out. We had woken up so early we were able to call my parents back home, who had just finished eating dinner and were watching TV!

Once we arrived to Masada we began the ascent. There’s two trails leading up to the fortress, as well as a cable car if you pay extra. The Snake Trail is the one facing the Dead Sea and is the most popular. While not a lengthy hike, it’s extremely steep…climbers ascend 300 m (980 ft) in elevation within the 30-45 minute hike. We reached the top around 6.00 and sat on one of the fortress’ walls eating a picnic breakfast while watching the sunrise. Unfortunately, it was a bit cloudy this morning, but the sun still occasionally poked through the clouds and lit up the sky in beautiful colors.

After resting from the climb and eating our breakfast, we took the next hour or two exploring the ruins of the fortress. Much of what we know today about the fortress is thanks to Josephus Flavius, a Roman historian who left behind tons of information on first-century Roman and Jewish history. Built by the Herod the Great between 37 BCE and 31 BCE, Masada was initially intended to be a resort and stronghold for the king. It was an impressive feat of engineering for the time, including a complex system of cisterns that collected rainwater and brought it up to the mountaintop. It was also elegant, featuring two palaces, pools, and Roman baths with heated mosaic floors and frescoed walls. The North Palace alone is extremely impressive, built as a three-tiered palace hanging over the edge of the northern face of the cliff. It was built facing north to take advantage of the breeze, the view, and the privacy, as it was secluded from the rest of the fortress.

The most famous point in history for Masada, however, was during the First Jewish-Roman War, some hundred years after Herod’s time. After the Fall of Jerusalem in 70 AD, some of the last Jewish rebels fled to Masada to take up defense against the Romans behind its walls. With a nearly-impenetrable location on the cliffs, the immense cisterns of stored water, and an impressive set of storerooms with provisions to last years, around 960 Jews took up residence there. The Roman legion X Fretensis, led by Lucius Flavius Silva, marched to Masada in 72 AD and began to lay siege the city. The legion surrounded the mountain, building a wall surrounding the entire fortress and erecting several legionary camps and guard towers. Throughout the next year, the Roman legion began moving rocks and dirt to build a ramp all the way up to Masada’s front gate. Completed in 73 AD, the Roman legion then built a giant siege tower and battering ram and took it up the ramp to break the gate. Together with volleys of flaming arrows the gate finally fell, and the Romans entered only to find that the Jewish rebels had committed mass suicide. Because Jewish tradition prohibited “actual” suicide, the rebel men took turns drawing lots (choosing names) to pick who would each kill 10 others, all the way down to the last man, who was the only one to commit “actual” suicide. This account, all written by Joesphus Flavius, was from a few Jewish women and children who hid in a cistern to evade the mass suicide, and is partially backed up by archaeological evidence of pottery pieces with names on them being dug up (used for drawing lots).

Today, Masada remains a symbol of Jewish heritage, providing an important image for the Israeli national identity. The Jewish rebels chose to die versus serving the Romans, an act seen by many as bravery and heroism, although some disagree and find it controversial and against Jewish tenants. 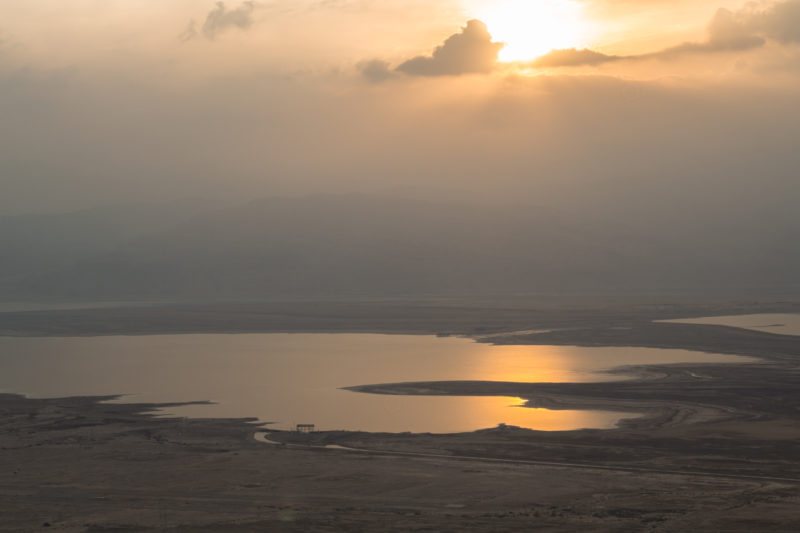 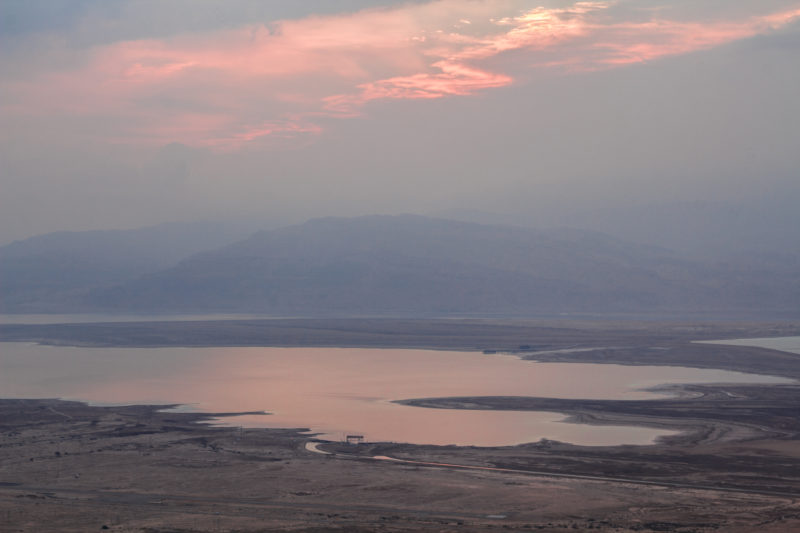 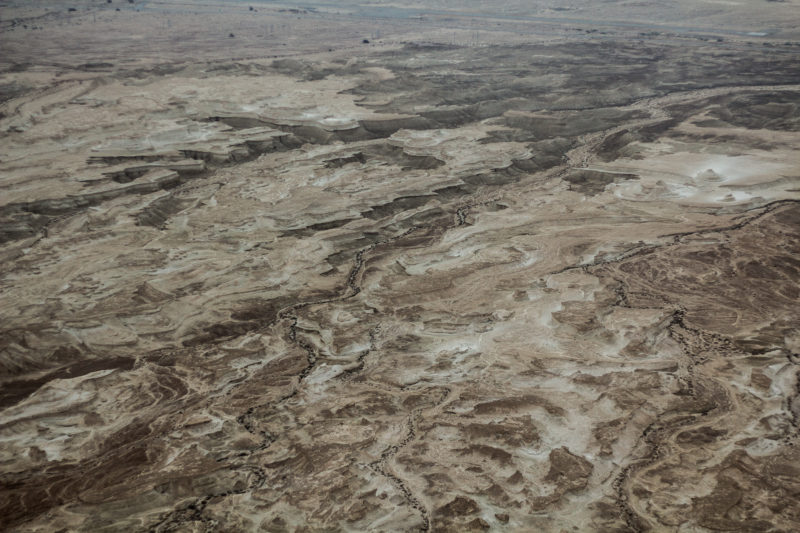 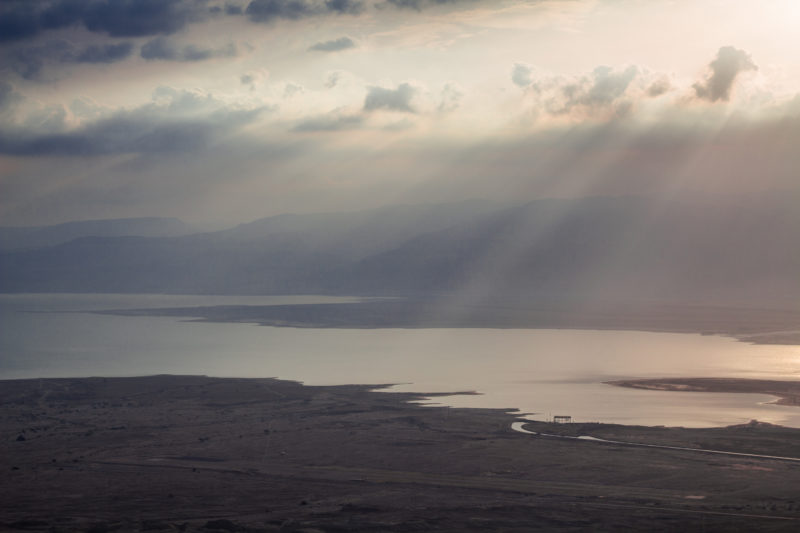 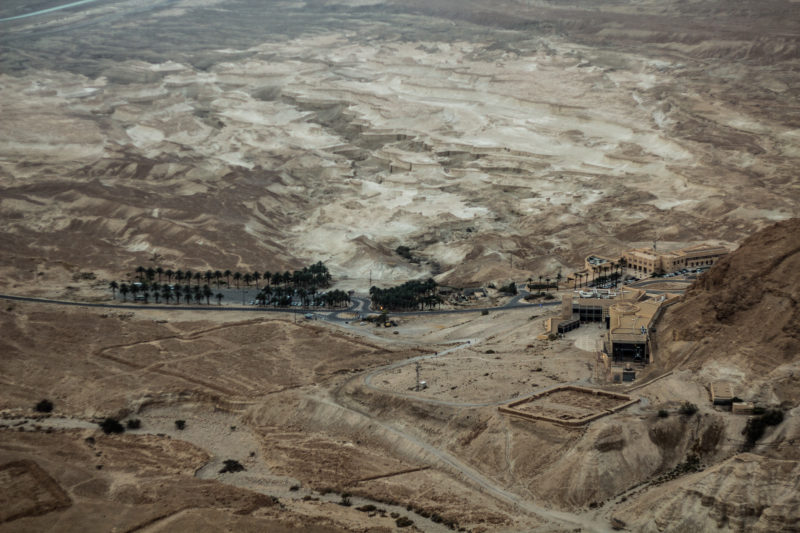 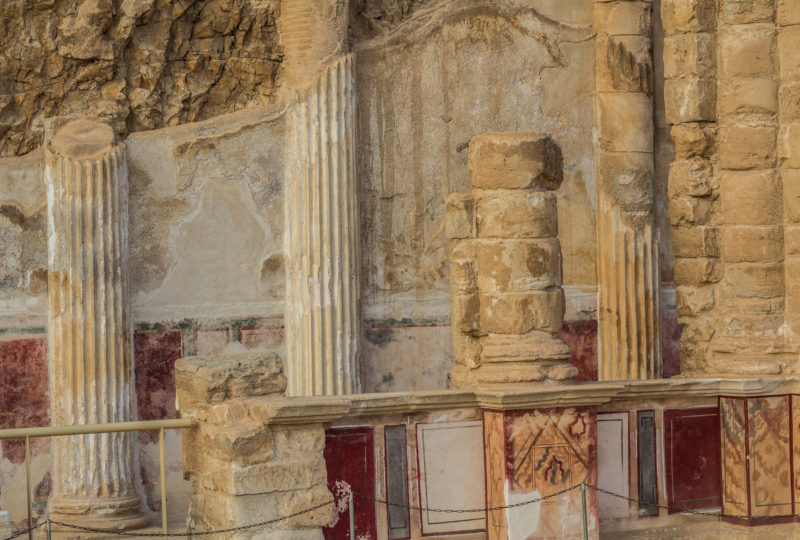 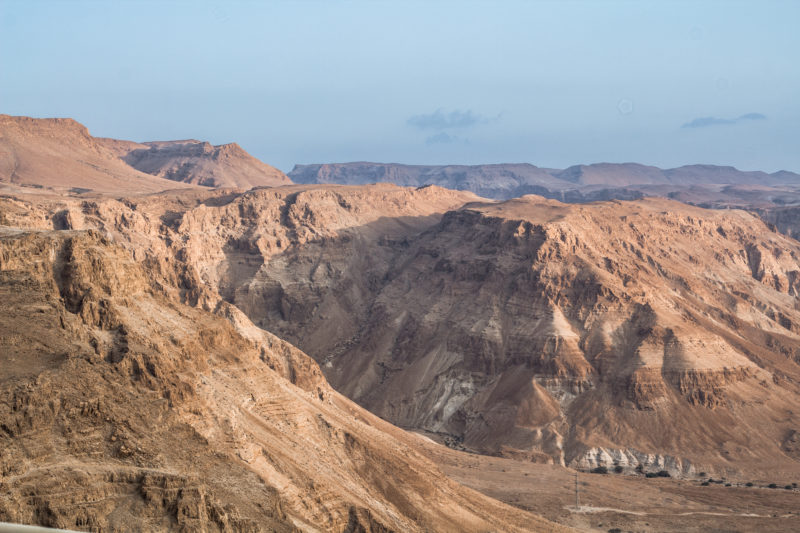 The Dead Sea: swimming or floating?

As we were already near the Dead Sea, we naturally took the opportunity to go closer and get a taste of swimming in the famous salt lake. The Dead Sea is the lowest point on the planet, sitting at 430.5 m (1412 ft) below sea level. It’s most notably known for the fact that you float effortlessly when swimming in the water, a feat due to the high level of salinity: the sea is 34.2% salt, almost 10 times saltier than the oceans. It takes its name from that fact that the high salinity prevents any plants or animals from flourishing. It’s a popular tourist destination as well as a popular health resort for a variety of medical conditions. The salt is also used to make many health products, cosmetics, and fertilizers.

We drove down the coast to Ein Bokek, a resort district with a beach to enjoy the sea. While you can technically swim along any point of the sea, it’s preferred to go to a resort area like Ein Bokek for the availability of showers, as you feel absolutely gross when you get out of the water. (Imagine jumping into a pool of olive oil and getting out, and that’s what your skin and clothes feel like).

Anyways, we parked the car and went to sit on the beach for a few minutes before getting in the water. It truly was a wild experience – you literally can’t sink when in the sea. If you try to submerge your body or legs the density of the water literally forces you back onto the surface. Needless to say we spent a few minutes goofing off, floating around and trying weird things in the water. You have to be careful not to cut yourself on the sometimes-sharp salt crystals on the bottom, however, as the saltwater would really make the wound sting! 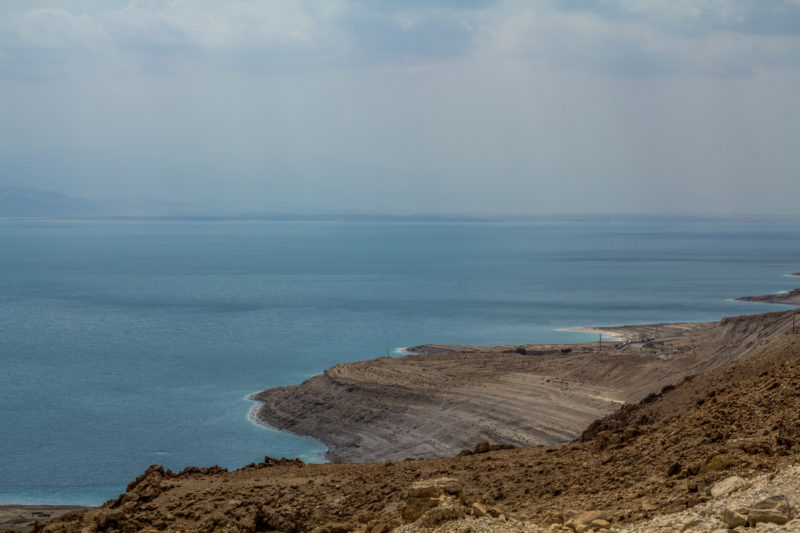 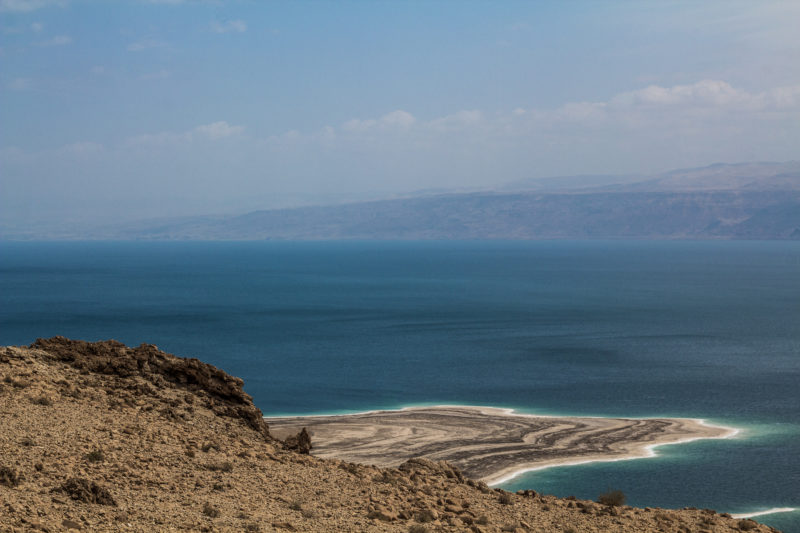 At this point it wasn’t even noon yet, but we were exhausted – we had been up almost 9 hours already! We drove back along the Dead Sea, stopping to take a few pictures, towards Ein Gedi. Ein Gedi is a famous park/nature reserve and oasis with lots of hiking right near the Dead Sea, but when we arrived we found it absolutely packed thanks to the holiday weekend. We then opted to just head back to Jerusalem for our lunch and to rest a bit.

In the afternoon we went and took a small hike in the hills outside of Jerusalem. Kevin and Rachel had previously lived on a farm right outside of Jerusalem for a few months, and during this period of their life they found some neat hiking trails. We hiked for an hour or two along some ridges and into a valley with a small natural spring before heading back home. The hills had recently had a wildfire and it was a weird sight because all the trees were black and charred, but the rest of the hills were alive with grasses, flowers, and other plants. This strong regrowth is a common aftereffect of forest fires – google fire ecology for some cool information on how our ecosystems can actually rely on fires for regrowth.

At night we had a nice dinner with the Israeli family Rachel works with. She spends part of her time working with the Dad (an American who has lived in Israel for a couple decades now) and his business, and the rest taking care of the family’s 7 kids with the mother. I was treated to a wonderful fish dinner with salad, vegetables, and some fantastic Israeli wine. We hung around and socialized a bit before making out way back home and heading to bed, a welcomed moment as we were all exhausted from the long day! 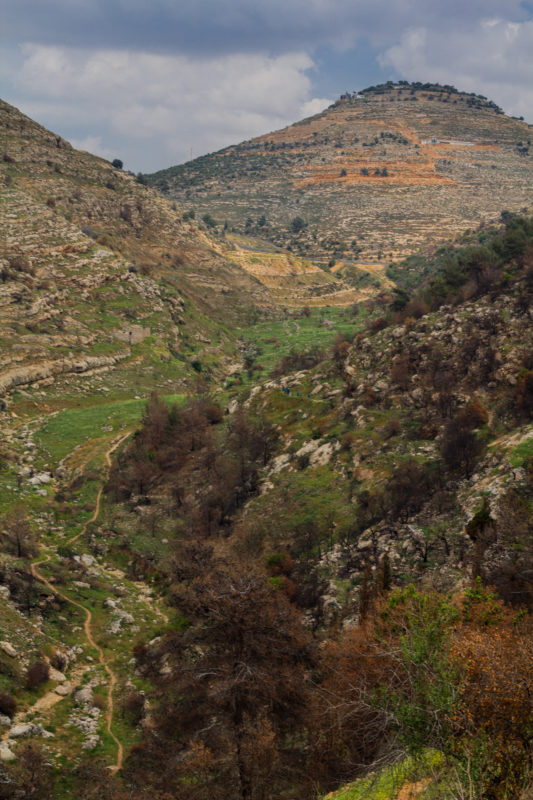 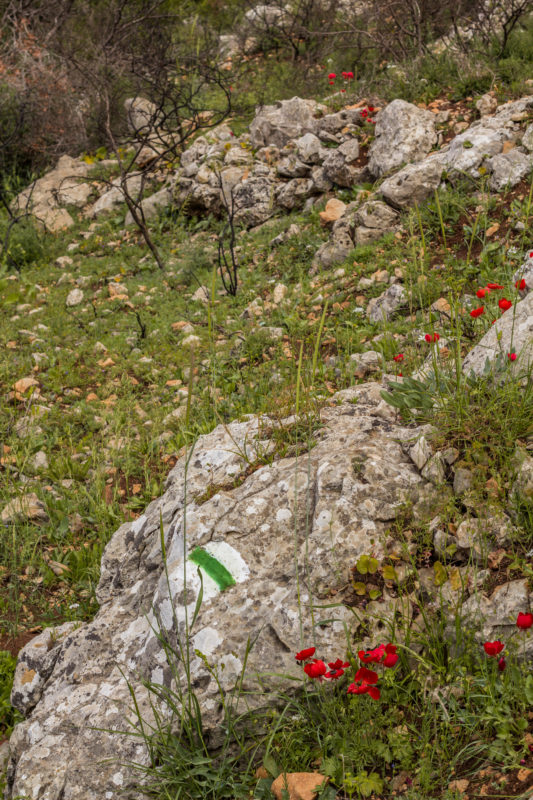 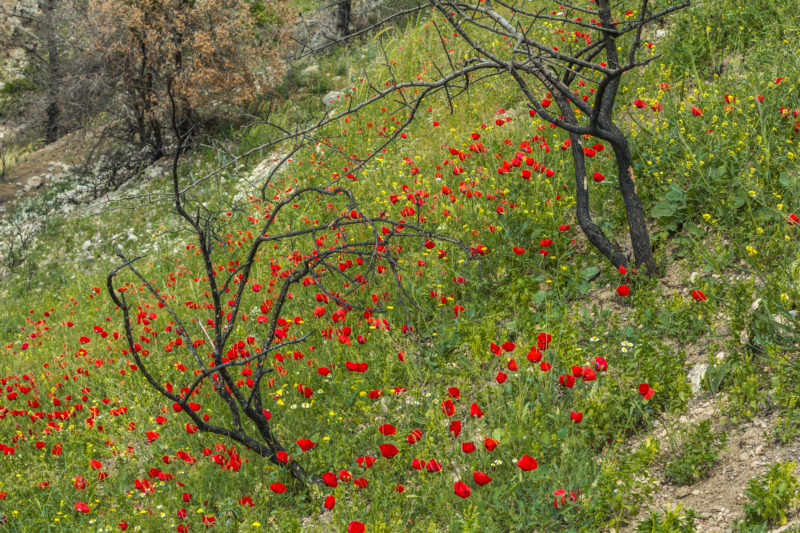 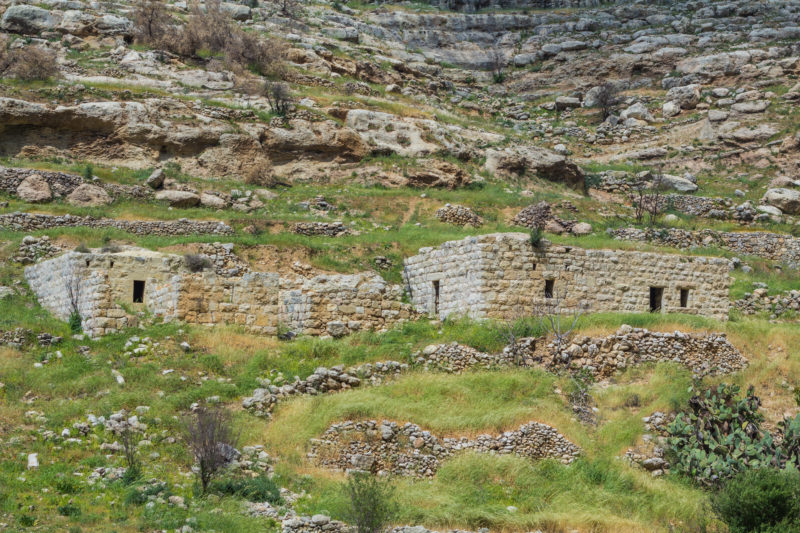 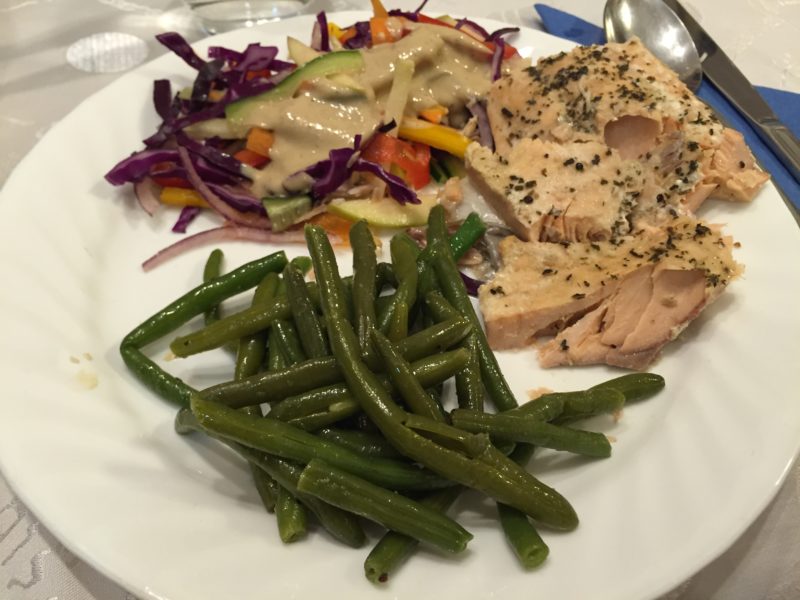