Hello, and welcome back! It’s been quite a long time since my last post, due to the craziness of life recently and many friends and family visiting me throughout May. I’m finally able to sit down and finish up writing about my trip to Israel, and hopefully in the next week or two I can catch up on a few other posts as well. Anyways, enjoy reading about the last two days of my trip to Israel!

If you missed my first two posts on Israel you can find them here and here.

The majority of our next day consisted of a road trip to the northern part of the country to the region of Galilee. We woke up pretty early to get a head start and headed first towards Tiberius, a smaller town on the western shore of the Sea of Galilee.  After finding a parking spot we walked around the town and down to the harbor to see the Sea of Galilee. We didn’t stay here too long, however, as we got back in the car and headed north along the shoreline to Capernaum.

Capernaum, along with the sea and surrounding region, is very historically significant in Christianity. Many of the apostles lived in the village, and many famous biblical miracles took place here, such as the healing of the paralytic that was lowered through the roof. Other stories that took place in the surrounding areas include the feeding of the 5,000, calming the storm on the sea, and Jesus walking on water. Later in his life Jesus would move to Capernaum and teach there in the synagogue. One cool thing about visiting the Galilee region is to get a sense for the size of the biblical world back 2,000 years ago. Jesus lived the large majority of his life within a small region, and in a global society where we have cars and planes it’s hard to visualize how small of an area he stayed in his whole life.

One of the main sights to see in Capernaum is the old synagogue. It’s one of the oldest in the world, dating back to the 4th century, and is build over the remains of an older synagogue. Many historians and archaeologists believe the older remains date to the first century and could very well be the exact location Jesus taught in the Gospels on a day to day basis. We went into the ruins and Kevin explained to me how the synagogues used to look like and function back in the biblical times as we walked around. Another important sight in Capernaum is the remains of the supposed house of Saint Peter, which was eventually turned into a church by the Byzantines. In addition, all throughout the city are the old Roman ruins of the city. 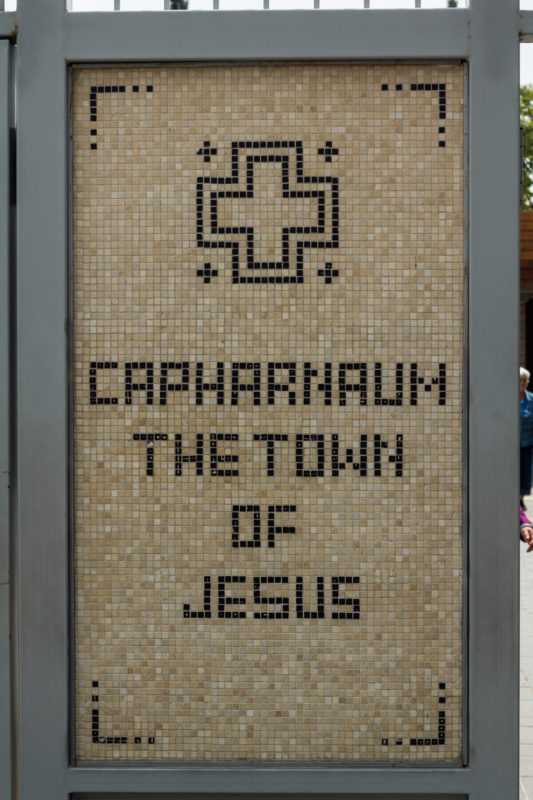 After spending a while exploring the old city we left and kept driving along the coast where we encountered a nice park where we had a picnic lunch. After lunch we walked a bit more around the area before we got in the car and headed out.

On our way home to Jerusalem we made a quick pit stop to Haifa, the third largest city in Israel that sits in the north on the Mediterranean Sea. I had wanted to go there ever since I saw a photo online once of the famous Hanging Gardens of Haifa, so we made a quick stop to see them.

The gardens are a tiered system of terraced gardens on the Mount Carmel in Haifa. Run by the Bahá’í faith, a middle-eastern religion that preaches the importance and unity of all world religions, the 18 terraces surround the Shrine of the Báb. The gardens are extremely beautiful and well-kept, with different types of flora and fauna throughout. There’s lots of religious symbolism throughout the garden, but we weren’t too concerned learning all of it. After parking nearby, we started at the bottom and made our way up all the terraces. At the top was one of the best views I’ve ever seen in my life, as we looked down on the gardens and out to the Mediterranean sea. After relaxing and enjoying the view for a while we slowly went back down to the car and headed home to Jerusalem.

The next day, Sunday, was not only my last day in Israel but also Easter Sunday. We started off the day with one of the most unique points of my trip: an Easter Sunday service in the Garden Tomb. The Garden Tomb is one of the proposed sites of Jesus’ burial and resurrection (in contrast to the more popular Church of the Holy Sepulchre) and is primarily recognized by various Protestant and Evangelical denominations of Christianity. After the Reformation there became increased doubt in the legitimacy of the traditionally proposed sites, so this rock-cut tomb was chosen as a separate location for Jesus’ burial.

The service was an early sunrise service, and was primarily worship songs with a small sermon by a British Baptist pastor. As Israel is primarily Jewish (or Muslim) and “Easter Sunday” is just another normal day for them, the service was mainly attended by visitors from around the world. The service itself was extremely cool to take part in, especially in such a unique location; definitely a once-in-a-lifetime experience.

After the service, we spent the majority of the day walking around Jerusalem hitting up anything we missed on the past few days, including:

The Temple Mount is heavily regulated by strict rules from the Muslims. Non-Muslims can only enter Sunday-Thursday during a four-hour window and cannot go inside the Dome of the Rock. In addition, Christians and Jews are strictly forbidden from any singing, praying, or any other religious displays. The Muslim security searches all pockets and bags and will take any form of religious symbol or book, and guards patrolling up top will come over and yell at you and potentially kick you out for doing any of the above. When we went, one of the guards almost threw out our bulletins from the morning service that were in our backpack because they had a bible verse and lyrics on them. Jews usually refrain from entering the mount, however, as it’s illegal according to the Chief Rabbinate of Israel. Jews believe that the Holy of Holies still exists inside the Temple Mount underneath the Dome of the Rock, so many believe it is forbidden to walk on the Mount at all.

After this, the rest of the day was spent in some more local markets as I bargained in a few shops to buy a teapot and some painted ceramic mugs. Jerusalem is famous for its Armenian pottery. Also known as Kütahya ceramics because of its origins in the Turkish city of Kütahya, the Armenian potters were brought to Jerusalem centuries ago to help repair the Dome of the Rock and never left. After my purchase, we did a bit more walking around the Old City before returning home to have dinner, relax, and get some sleep. I had to wake up at 4 am the next day to get to the airport, so it was an early night for us! 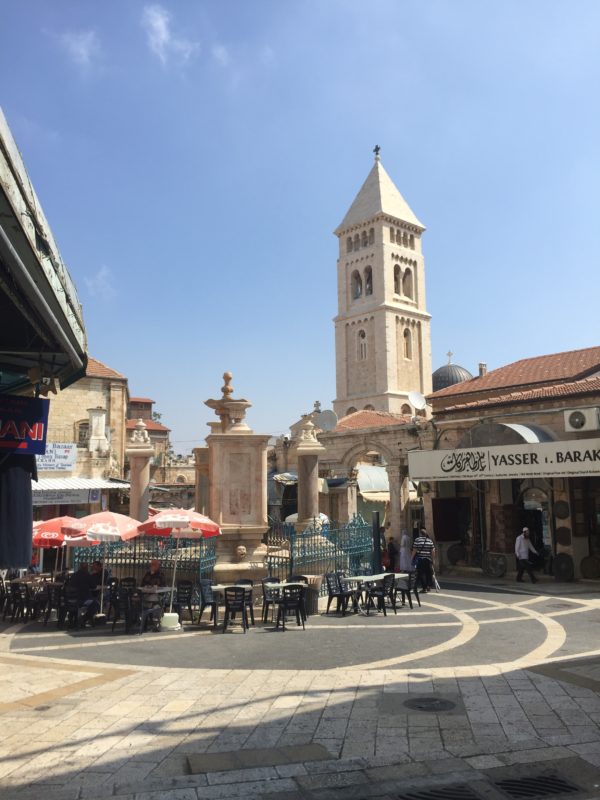 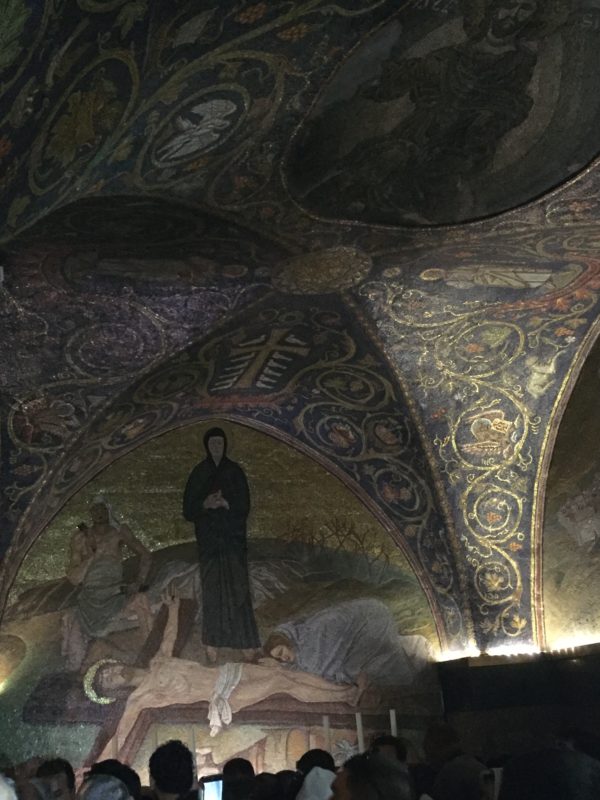 One thought on “Israel, part 3”