Music has always been the focal point of my life, something that shouldn’t be hard to see based on what I post here. For a while now I’ve considered writing an article on my top albums from the year, so a couple months ago I committed to the idea and started putting it all together. 2016 was an extremely good year for music as musicians continued to experiment with new sounds and genres and a multitude of great albums were released.

It’s been an extremely rewarding experience; it’s forced me to listen to tons of albums and artists I wouldn’t ever listen to otherwise. I tried to listen to an equal balance of albums from different genres and cover most of the albums critics themselves considered “the best”, but naturally it’s still tilted towards the music I enjoy the most. I had a blast writing this post as well, and I hope you enjoy reading through my list and possibly even finding a new album to check out. This article took a lot of hard work and perseverance, to the point that I almost consider it to be my magnum opus. Enjoy!

One quick note on my methodology: I take a lot into account when reviewing an album, but at the end of the day it comes down to how much I enjoy listening to the album, plain and simple. This list is simply one person’s opinions that you’re free to agree or disagree with. There’s plenty of albums that have been extremely influential or highly reviewed by critics that I left out because I personally don’t like them and I’m sure there’s others I would have included if I simply had discovered them. At the very end I’ve included a list of all the albums I reviewed that I chose not to include for transparency and a point of reference for comparison. 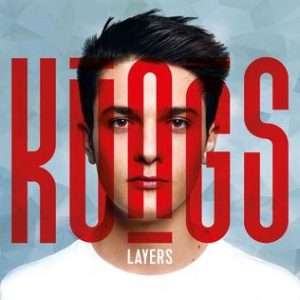 French DJ Valentin Brunel, better known by his stage name of Kungs (pronounced “koongs”) got thrust into the international spotlight earlier this year with “This Girl”, a remix/collaboration with funk group Cookin’ On 3 Burners, and then proceeded to release debut album Layers later on in the year. If you follow my monthly playlists series you’ll know I’m a big fan of house and tropical music, and Layers was one of the best additions to the genre this year. He manages to take a fresh approach on the genre by adding in horns and additional non-traditional instrumentals, and he experiments with the style more than typically seen in the current EDM scene. Even more impressive: Brunel just turned 20 last week. I don’t know about you, but I was doing nothing with my life four years ago compared to this kid. 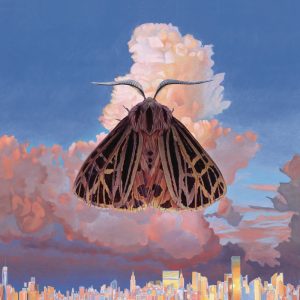 Indie duo Chairlift initially formed with the intent to write background music for haunted houses, an ambition that is clearly evident in their unique style of synthpop. This continues in Moth, their third studio album, as they employ a wide variety of instruments, vocals, and songwriting styles. At times you won’t know if the album is pop, hip-hop, or alternative. A perfect example surrounds lead single “Ch-Ching”, a hip-hop song driven forward by whistles, claps, and horns, which is preceded by upbeat pop track “Romeo” and followed by the slower ballad “Crying in Public”. The only unfortunate thing: as of Dec. 16th Chairlift announced they’re splitting up after finishing their current tour. 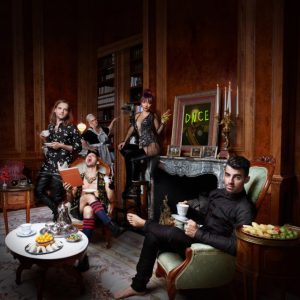 A majority of people out there know DNCE by their 2015 debut single “Cake By The Ocean”, but if that’s the only song of theirs you know then I promise you’re missing out. The disco-funk-pop hybrid band led by Joe Jonas released their debut album in November and I included a few of their songs on my subsequent monthly playlist.  While certainly not reinventing the wheel, Jonas and co. managed to add enough of a funk twist on their songs so that they don’t end up as just another run of the mill pop band. That’s not to say that the album is flawless – a couple of songs are definitely “skip this one” material – but if their original goal was to create disco funk music that would inspire others to dance, they’ve done a decent job.

17. Simple Forms – The Naked and Famous 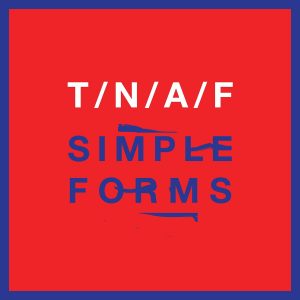 The Naked and Famous are one of those bands that have continuously tried to replicate the sound of their initial breakthrough (in this case, “Young Blood”). And while chasing past success never typically ends up creating groundbreaking music that surpasses the original, Simple Forms manages to still be an enjoyable album with some easy-to-listen-to tracks. While the album definitely has a lack of variety, the dreamy synthpop style and harmonizing vocals is a favorite of mine, so most of the tracks are decent if not passable, save a couple rather “meh” tracks in the middle. “Higher”, the lead single, ended up being one of my 2016 summer anthems and is one of the strongest tracks on the album. Other favorites include “Backslide”, a darker CHVRCHES-esque song, “The Runners”, classic old-school TNAF at their best, and the final track “Rotten”, a comparatively minimalist ballad that ties the whole album together well. 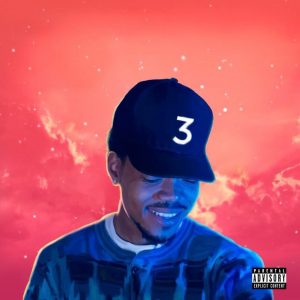 Chicago-based Chance the Rapper has had quite the year, between featured verses on big-name albums (such as Kanye’s The Life of Pablo) and the smashing success of his third mixtape Coloring Book. However, when Kanye heralded TLOP as a gospel rap album, many would argue that it fell short of that mark and that Coloring Book managed to do what TLOP didn’t. Coloring Book has it’s musical roots manifesting themselves with gospel choirs and hymns. Lyrical themes constantly pull the listener between the streets of Chicago and the pews of a church, switching between themes like fame and success, drug use, raising a family, and the street violence in Chicago, all the while throwing in biblical quips and gospel-based lines. The album saw Chance collaborate with big-time artists like Kanye and Justin Bieber, as well as some collaborations with other up and coming artists such as Kaytranada. Coloring Book was released to high critical acclaim with many critics placing it in their year-end top album lists and also received a Grammy nomination, further exemplifying his great work. Make no mistake, however, about the moniker of a gospel rap album; this an album for all faiths and belief systems alike to enjoy.

Essential Tracks: “All We Got”, “Blessings”, “Mixtape”, “All Night” 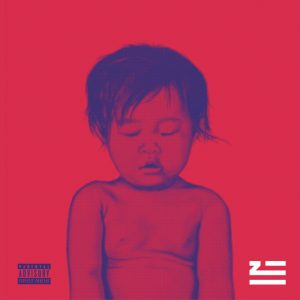 I’ve been a fan of Zhu’s since earlier this summer when I first heard his megahit “Faded” inside a coffee shop. His EP Genesis Series quickly became one of my albums on repeat for the rest of the summer. I was not only attracted to his style of music, but his interesting backstory: for years he was completely anonymous, preferring to be judged solely on his music and not have his personal persona interfere with that. GENERATIONWHY, his full-length debut, might not be as high-caliber as his previous EPs, but still manages to provide some great tracks. Mediocrity is the biggest hurdle for the album; the middle of the album is bloated with generic, fake, and at times bland tracks that sound too similar. Maybe I’m being too harsh and maybe my expectations were too high, because on any given EDM album these tracks would be great. Either way, the album is still decent to listen to; since being released in July it’s been my most played album according to last.fm. 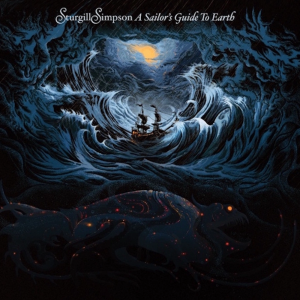 Wikipedia lists Sturgill Simpson as a country musician, and while I’ve never listened to his first two albums, calling A Sailor’s Guide to Earth a country album hardly does it justice. Other genres like outlaw country and country rock help encapsulate Nashville-based Simpson’s style but still fall short. Simpson, while never completely losing touch of his country roots, is never scared to experiment, adding in influences ranging from rock to folk to blues. The album is a concept album that revolves around a letter home from a sailor to his wife and baby and is inspired by Simpson’s time in the Navy. It’s an extremely personal album, and the deep nature of the lyrics and the overarching theme of the album are one of it’s strongest aspects. The album has also made countless critics’ end of the year lists and is one of the five albums nominated for the Grammy for Best Album of the Year, so it’s definitely worth a listen. 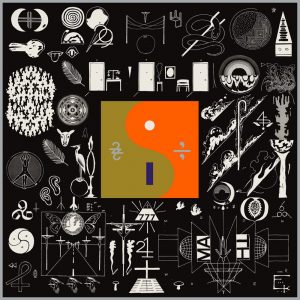 Bon Iver, the indie folk band led by Justin Vernon, released their third studio album 22, A Million earlier this year, and this album is a gem. The album takes a turn from the past folk vibe of songs like “re:stacks” and “Skinny Love” and ended up being much more experimental in nature. Many songs feature choppy, processed vocals stacked on top of a variety of instruments and electronic sounds. Every song on the album is extremely unique, and the album feels at times more like a work of art than a simple auditory listening experience. The album has been lauded by critics as one of the best of the year, something I wouldn’t disagree with; the issue is being able to look past the oddities of Vernon and the album to truly understand what you’re listening to.

Reggaeton has been a favorite genre of mine since the first time I visited México. A big issue of modern Reggaeton, however, is that after a while all the songs start to sound the same, fueled by the generic beats and background music that writers use in order to make their singles club-friendly. With Energía, however, Reggaeton king J. Balvin managed to do a decent job in producing an album worth listening to all the way through. Balvin takes Reggaeton and expands the genre as he constantly adds in influences from genres like EDM, R&B, and rap. This is even more impressive given that this type of creativity is unheard of in a cookie-cutter genre like modern Reggaeton.

While the middle of the album at times does start to blend together, he manages to mix things up with tracks like the ballad “No Hay Título”, R&B banger “Veneno”, which sounds like a Spanish version of The Weeknd, and Drake-esque “Solitario”.  And of course, who could forget the massive hits “Safari”, “Bobo”, and “Ginza”, which are on constant replay throughout the Spanish-speaking world? If there was ever a reggaeton album to bring the genre into the English-speaking world, Energía would definitely be it. 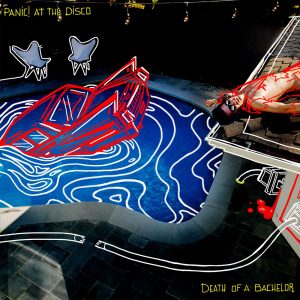 Panic! At The Disco is no longer the emo and pop punk band from the A Fever You Can’t Sweat Out era. Brendon Urie is the only remaining member, so the band essentially serves as a name for a creative outlet for him. That’s not to discredit him at all, because he continuously puts out solid music and satisfies his fans. While critical reception on this album was mixed I still found myself listening to it for a better a part of 2016.

First single “Hallelujah” was one of my least favorite songs on the album, and there’s a couple other songs that feel pushed and average-at-best. Thankfully, the rest of the album makes up for these shortcomings. There’s the hip-hop “Emperor’s New Clothes”, sequel to last album’s “This Is Gospel”; Sinatra-esque “Death of a Bachelor” and “Impossible Year”, which feature jazzy instrumentals and dazzling vocals; and my personal favorite song, “LA Devotee”, a dark and nostalgic love song for Los Angeles.