The Return to Belgium

This past week we had some holidays here in Spain for Constitution Day and the Immaculate Conception, so many people took this time to travel. I myself ended up going back to Belgium. I planned this trip with Melina, a good friend from Greece that I met in Linz, and I also wanted to see Xavier again. The trip itself was only a few days, which pales in comparison to the month I spent here last time, but nonetheless was a great time. I’ll write about each day and include pictures at the end as I’ve done previously.

The trip started early Thursday morning. Much like my flight to London, I flew out a bit after 6 am, so I had to wake up around 3 am to start making my way to the airport. This time around I knew how to plan better, so I was at the airport in plenty of time thankfully!

My plane landed around 9 am and Melina wasn’t getting in until noon, so I had a couple hours to kill. We both flew with Ryanair who flies into Charleroi, a smaller regional airport about an hour away from Brussels (a common theme here in Europe). I initially tried to wander around the city and kill time in Charleroi, but…let’s just say Charleroi doesn’t have the greatest reputation in Belgium and it was quickly obvious why. I ended up taking the train to Brussels and waiting in Starbucks while I drank a coffee, something I really enjoyed as you can’t get “normal” coffee here in Spain easily.

Once Melina and I were finally reunited, we headed towards our flat. The first two nights we had booked an Airbnb in Brussels, as Xavier was busy working. We stayed near the EU buildings in a really nice neighborhood, and we lucked out with an awesome host. The older couple we stayed with were two Canadians that had been living in Belgium for years and have traveled and lived all over the world in their lifetimes. Our room was also gigantic; I think our room was the size of my entire flat here in Madrid…

We dropped our bags off and headed back out. I had plans already in the evening, so we had a few hours to kill before that. I showed Melina around the central part of the city, hitting the typical landmarks that I had seen previously. This time of the year much of the city is decorated for Christmas, so that was a nice change compared to last time I was here. We ended up finding a nice Christmas market downtown (although not nearly anything like the ones in Austria we were used to, sadly) and got some Glühwein.

This night there was a massive Standard Liège match going on, and Xavier of course grabbed us tickets. I got on a train to Liège and met up with Xavier before we headed to the stadium. The match was an Europa League match, and if you don’t know what that means, let me explain briefly. Every year the best teams in Europe get sent to either the Champions League (the better) or the Europa League (the lower) where they compete with teams all over the continent for a championship. Imagine March Madness, except the teams are from all over the continent and it lasts all year long alongside the standard leagues.

This particular match was the last one of the stage before a bunch of teams got eliminated, and Standard was right on the edge. We were playing AFC Ajax, an amazing team from Amsterdam (and arguably the best in the Netherlands) who was leading our group. To stave off elimination we needed to win and do one goal better than another team of our group that was playing at the same time. Needless the say the atmosphere was insane. We started out for a few hours drinking beers outside the stadium with our rather large group of ~20 people. We were a mixture of Xavier’s friends from home, his work colleagues, and even his dad. Eventually we headed inside just in time to catch the start of the match.

The match started off crazy before settling down. Ajax scored a goal around the 30′ mark, and that was all the action until the very end. We ended up scoring a goal right before the end, forcing a 1-1 draw. We should have won, however, as we had a plenty of opportunities that we missed. Even though the game ended 1-1 it was still an extremely exciting match – much more than the 0-0 draw I saw last time! Unfortunately, the other team in group won 2-0 so we were eliminated at the end of the night, but it wasn’t the end of the world.

After heading back to Brussels later, I stayed up with Melina in our apartment and had a few beers while we caught up and chatted. We eventually went to sleep at a fairly decent time as we wanted to make a trip the next day.

On the first full day, Melina and I were free the whole day as Xavier worked during the day and then had his graduation at night. We decided to take a trip somewhere around Belgium, and Antwerp was the only major city I hadn’t yet visited, so we decided on that.

Antwerp is around 50 minutes from Brussels by train, so it didn’t take too long to get there. After arriving the first thing you notice is the station itself; it’s an absolutely massive, elaborate building that appears more like a palace than a station. It’s received multiple awards being one of the most beautiful rail stations in the world, and it’s not hard to see why.

After exiting the station, we began wandering around. Much of our day was spent exploring the streets and buildings of the city. Antwerp is the largest city proper in Belgium, and the second largest metro area after Brussels. It’s in the Dutch-speaking part of Belgium (Flanders) and is near the sea, so it’s also a major port city. It has plenty of cool landmarks and buildings to see, including the Antwerp City Hall and the Grote Markt, the Cathedral of Our Lady (Onze-Lieve-Vrouwekathedraal), the Boerentoren (or KBC Tower, the oldest skyscraper in Europe), the Antwerp law courts, the Antwerpen Vleeshuis, and the Het Steen (a small castle). Antwerp also has a world-renowned zoo, although we never got a chance to check it out.

We had a lunch of Belgian fries, which might not sound like a lot but definitely filled us up. After spending a while wandering around, we headed to the main shopping area of Antwerp, as it holds a couple stores that I can’t find in Madrid. I did a bit of shopping and then we finally headed out back towards Brussels.

After returning to Brussels that night, I took Melina to the bar Delirium. I wrote about this bar in one of my previous posts; it’s the bar with the Guinness world record of most beers available (around 3,100 in total). We stayed a couple hours and I introduced her to some of my favorite Belgian beers. Afterwards we grabbed a good dinner of döner kebab and headed home, where we relaxed for a bit before heading to sleep. 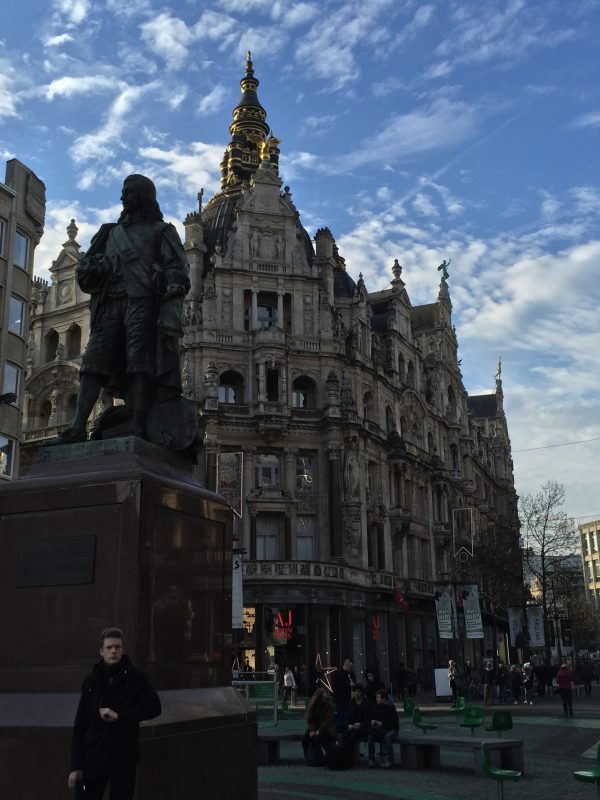 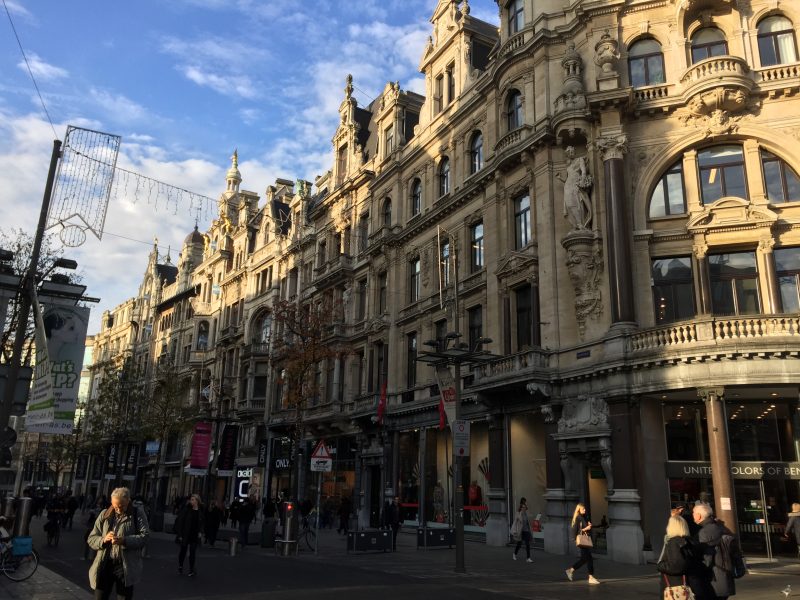 Saturday and Sunday: Weekend with Xavier

Saturday morning we had to wake up early to check out of the Airbnb, and we also had plans to meet up with Xavier. Lauranne, one of the other Belgians that I know, was also joining us for the day. Melina and I took the train and met Lauranne on our way to Xavier in his hometown of Verviers. Once we met up with him we headed to his house to drop off our stuff and have a quick lunch. We then headed back out towards the Hautes Fagnes, another place I had visited last time. If you missed that post, the Hautes Fagnes is a huge national park nearby his house that’s a subalpine tundra on the top of the Belgian “mountains”. It was a nice day out, so we hiked around the park and took lots of pictures for a few hours. We stopped at the small inn near where we parked and had a beer for a bit before heading to our next stop.

After visiting the park we headed across the German border to visit Monschau, a small cute town that I had also visited previously with Xavier. During the Christmas season it’s a popular destination for it’s Christkindlmarkt/Wiehnachtsmarkt (Christmas markets). We parked the car and walked around for a few hours, grabbing some Glühwein and enjoying the quaint village. It was absolutely packed, and rightfully so, as it made Melina and I feel back at home in Austria. We ran into Xavier’s parents, who had also made a trip to the markets this night, and hiked up one of the hills that holds a castle to enjoy the views for a bit.

After finally returning home a few hours later we had a delicious dinner with Xavier’s family and relaxed around the house. At night we headed into Verviers to George’s, the popular bar in town, and spent a few hours there with a few of Xavier’s friends relaxing and having some more amazing Belgian beers before going back home one final time for the night.

Sunday was the least eventful day of the trip. Both Lauranne and Melina left early in the morning; I was going to head back to Brussels early with Xavier to prepare for catching another early morning flight, so Melina decided to travel around on her own instead of wasting the day with me. Xavier and I slept in a bit and had a lazy day around the house watching football and napping. We did spend an hour or so at a super small Christmas market in Verviers where his best friend was working at a stand, but that was the only real thing we did all day.

We headed back to Brussels early in the evening in order to watch the Colts/Texans game together that night. We had scoped out a couple bars in Brussels that showed NFL games, so we were gonna grab some wings and watch the game. We headed straight there from the train station only to find the bar was permanently closed. We then spent an hour trying to run around town finding a bar, but couldn’t find a place. We kept having transportation issues with the buses and the metro because there was some massive Christmas parade that just happened to be going on the same night. We finally headed back to his apartment where we watched the second half and ordered some pizzas. After the depressing loss we went straight to sleep so that I could wake up early and catch my plane back to Madrid in the morning! 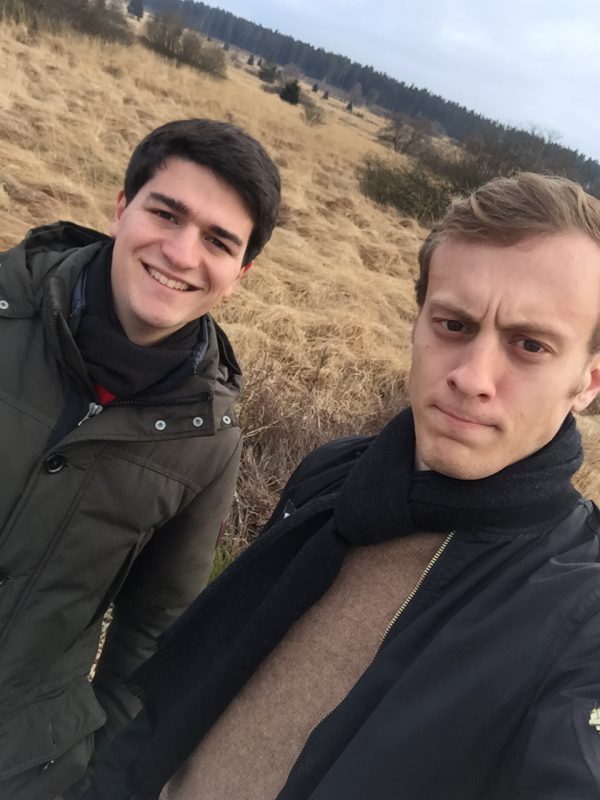 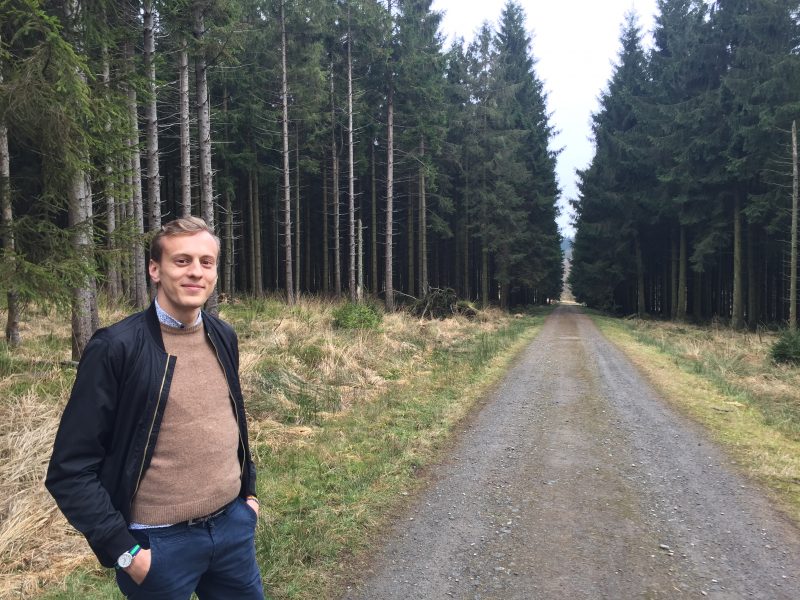 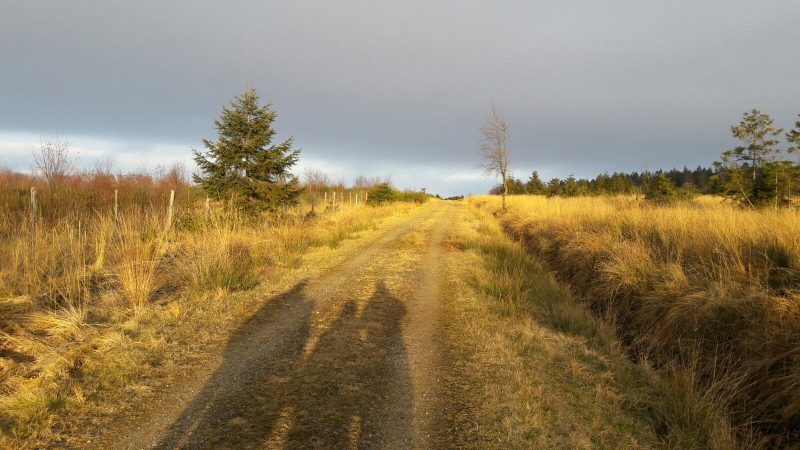 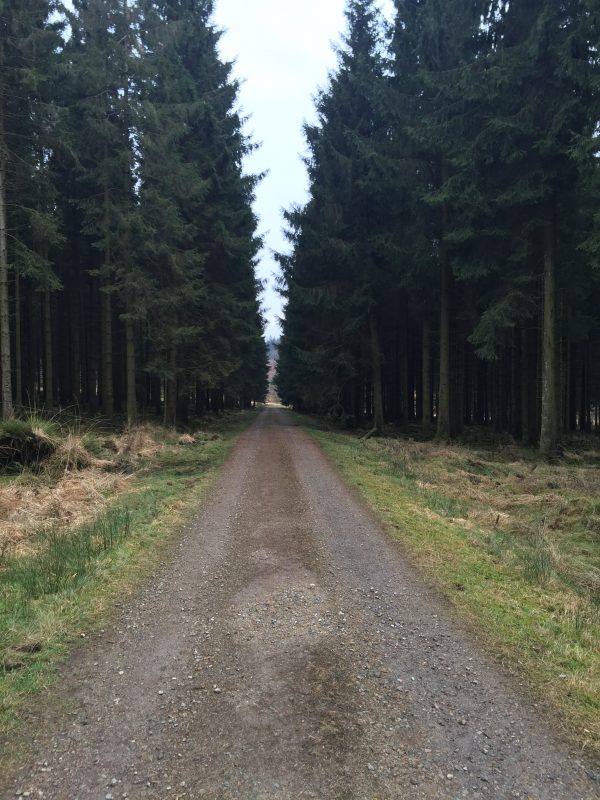